By Michael LaBelle — 2 weeks ago

We can speak of the ‘Carbon Storm of 2021’ which reflects the new reality of Climate Capitalism, which Michael spoke about in episode 31. We are now paying the price of the energy transition, and how consumers, governments and industry react and work together to make this transition will also determine the price we pay in the short and the long-term. 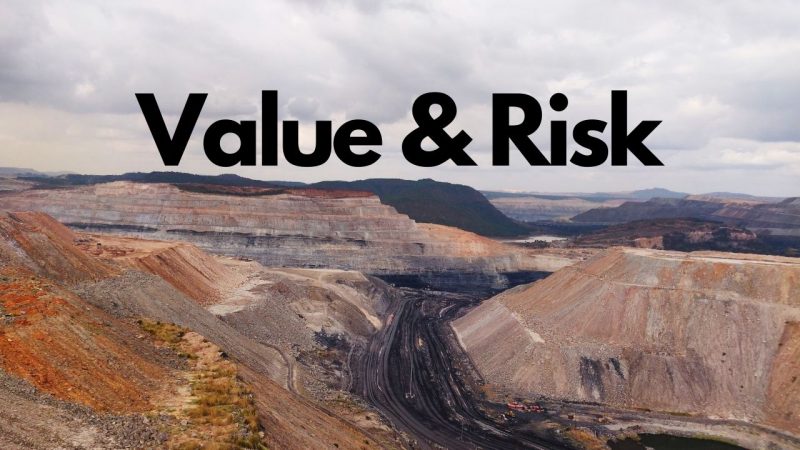 By Michael LaBelle — 3 weeks ago

This week we speak with Gireesh Shrimali, Precourt Scholar at the Sustainable Finance Initiative at Stanford University. He is also an adjunct professor at Johns Hopkins University and involved in the Climate Investment Funds.

One of the key takeaways from our conversation is the idea of Value at Risk and the inter-relationship with transition risk. Gireesh’s examination of risk essential for understanding how we accelerate an energy transition. We begin to discuss this halfway through, and it is an essential concept for managers to understand when assess the value of their asset portfolio. It is also important to understand how established technologies, like solar and wind, are already undermining coal and gas.

We can view activists investors, like those from Engine Number One, which seated new members onto Exxon’s board, as radical energy pioneers, but Gireesh and his analysis underlines the importance of risk assessment as the energy transition speeds up. You’ll find our discussion worthwhile for understanding risk and how coal and gas are becoming stranded assets with companies unable to extract profits – thereby threatening the survivability of the companies themselves.

Deploying batteries at scale in power sector: A case for battery targets complemented with DISCOM-controlled dispatch – The Economic Times (indiatimes.com) 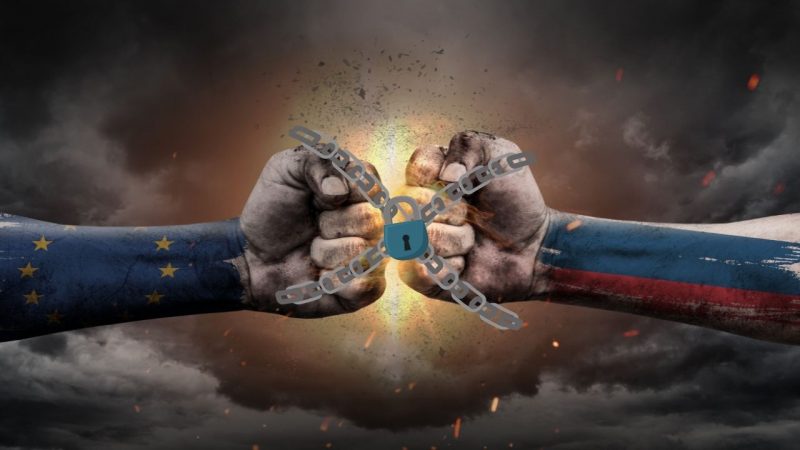 By Michael LaBelle — 4 weeks ago

This week we speak with Professor Margarita M. Balmaceda about her new book, Russian Energy Chains (2021), published by Columbia University Press, as part of the Woodrow Wilson Center series. She was on the My Energy 2050 podcast in episode 12. And we are very grateful for her to come back for launching her new book. We managed to meet in person during her visit to Budapest this week. But as you’ll hear, our conversation moves rapidly around the issues of fossil fuels and the value chains that extend from Russia all the way to Germany.

Margarita was born in Buenos Aires, Argentina, and as her profile at, Seton Hall University states,  “her professional life has centered in the USA and Eastern Europe.” But as we know from her previous publications, on Eastern Europe, including ‘Living the High Life in Minsk’ and ‘The Politics of Energy Dependency’, in addition to numerous journal articles, she is a leading scholar on Post Soviet issues and places involving the energy sector. She is also an Associate of the Davis Center for Russian and Eurasian Studies and of the Ukrainian Research Institute at Harvard University. Overall, because of her research and insight, she should be nominated as an honorary citizen of the Post-Soviet world.

Her book, Russian Energy Chains will be the leading and most authoritative book on the subject of post-Soviet energy relations. What does that mean and why is it important?

This podcast is focused on the energy transition. By having Margarita document the value flows – that is who benefits and who doesn’t of the flow of oil, gas, and coal from the Russian heartland to Europe, she documents a way of life and of profits from fossil fuel extraction. And as we address toward the end of the interview, a way of life and means of governance will be under threat as the EU and other countries implement strong policies to move away from the fossil fuel era.

The point here is the topic of understanding the value created from fossil fuel extraction, shipping and usage demonstrate – as she outlines in chapter 1 – the role of power relations in the energy system. If we hope to phase out fossil fuels, we will need to address these power relations of the old (fossil fuel) order and the new (renewable) order. Russia – and the relations between EU Member States hold a strong rooting in energy – this relationship will need to be renegotiated and Margarita’s book lays down what these relations were built on, and the areas where they could change. 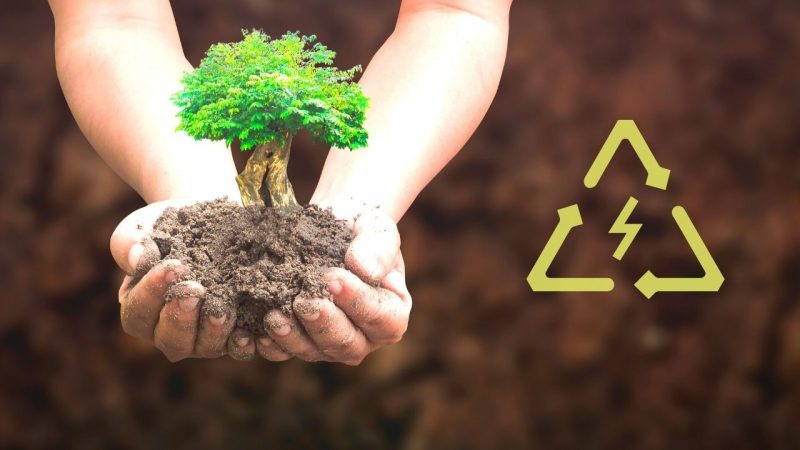 This week Michael LaBelle is providing a link with the Sustainable Development Goals and the changes we are making to our energy system. Why is this important? Climate change is altering both how we live and the natural resources we rely on. From water shortages, phasing out fossil fuels to the race for rare Earth minerals for fueling the energy transition.  How we utilize natural resources is changing not only how we heat our homes, but what powers our cars. The impact – as I will discuss today – is on adapting our energy system to ensure a sustainable development path is built.

The topics that are addressed are:

The work and these reflections stem from collaboration between Professor LaBelle and with Professors Tekla Szep and Geza Tot. There are different publications coming out over the next year or so on these topics.

Essentially there are two different perspectives on the energy transition we are developing. One lens provides a view through linking the Human Development Index with energy consumption and the second lens links the Sustainable Development Goals with energy consumption. Taken together, as Professor LaBelle outlines today, we reach a deeper understanding into ‘energy well-being’ which defines how our economies grow while delivering the benefits of economic development to people. 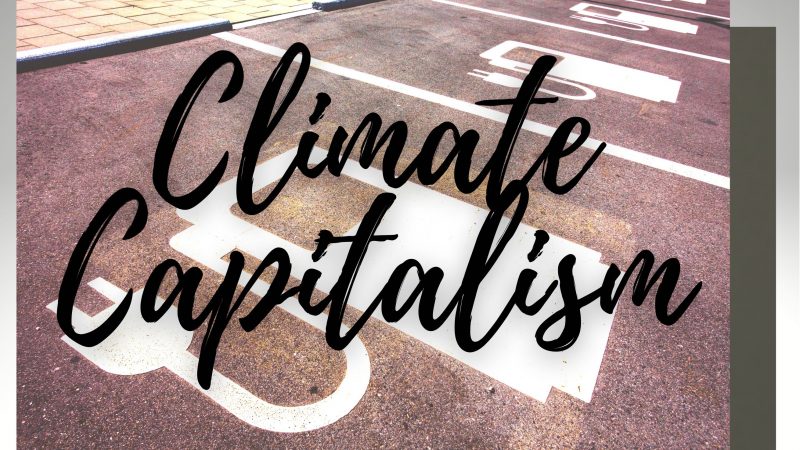 Climate Capitalism is a model pushed by the threat of losing technological and political dominance by the loss of social support for capitalistic modes of production. 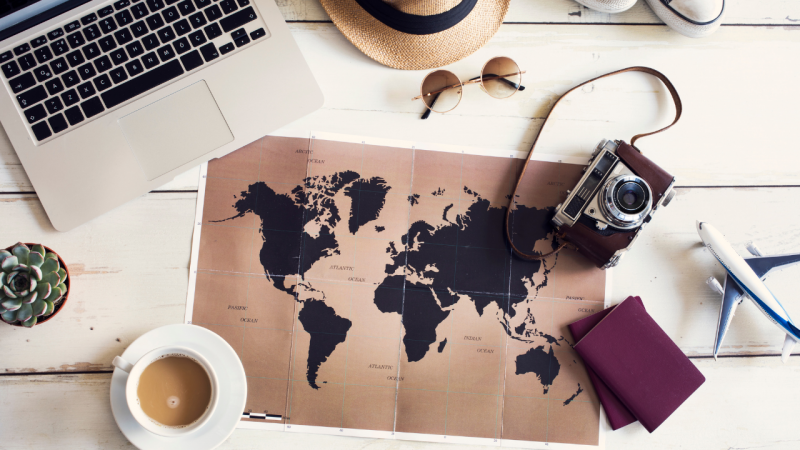 By Michael LaBelle — 3 months ago

This week I’m providing a bit of commentary on our desire for travel and movement. This seems opportune based on our summer season and how many of us may be heading off for a vacation or holiday. Right now I’m in the Michigan and I’m just about to head back to Hungary. As I outline in the podcast this ability to move, and to move during a pandemic prompts me to think about our innate feelings to move but also the broader political and historical context of movement using different transport modes.

The point of this episode is to just provide you with a bit of thought to reflect on how you are spending your summer and how you may or may not be traveling. My personal situation means I’m caught between two continents with my immediate family on both sides of the Atlantic, and I acknowledge the privilege I have in the travels I do. In this episode I have found someone that beats me hands down in their carbon footprint.

The intent of the MyEnergy2050 podcast is to spread the knowledge about how the energy system can assist our transition towards a greener future. 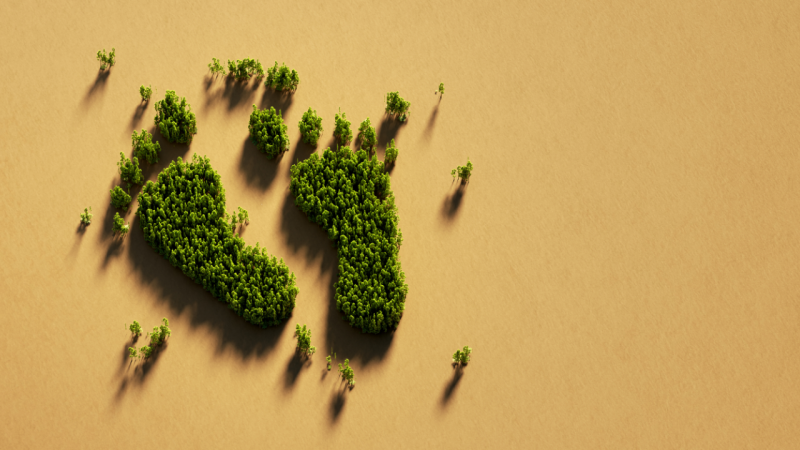 By Michael LaBelle — 4 months ago

This week we are delving deeper to understand how oil and gas companies are being pushed by activists and investors seeking to up-end the carbon economy. Industries emitting carbon are not only bad for the environment but bad for long-term shareholder value.

We discuss why a capitalist system with people, the planet and profits aligning can save the Earth. We pursue this line to understand how these actions are radical interventions that seek to change the people hanging onto the carbon economy.

Radical share value delivers a new economic system that values long-term financial returns utilizing greener technologies. Central to this model are people who understand money is to be made in green technologies, not carbon-spewing technologies.

The intent of the MyEnergy2050 podcast is to spread knowledge about how the energy system can assist our transition towards a greener future. 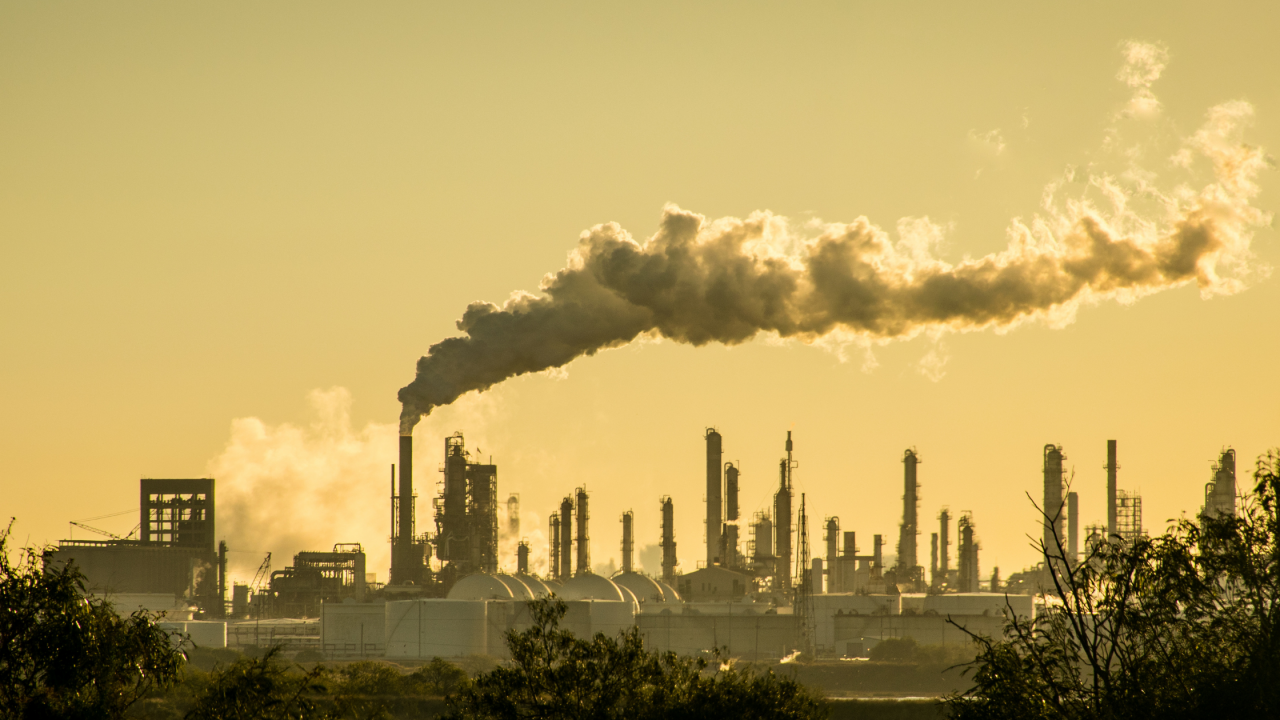 By Michael LaBelle — 10 months ago

This week we speak with Professor Margarita Balmaceda. She is a professor of diplomacy and international relations at Seton Hall University. She is also an associate at Harvard University’s Davis Center for Russian and Eurasian Studies and at the Harvard Ukrainian Research Institute. Her books include The Politics of Energy Dependency, published in 2013. And her other book published in 2014, Living the High Life in Minsk.

In this episode, we get a preview of her latest book that will come out in March 2021, Russian Energy Chains: The Remaking of Technopolitics from Siberia to Ukraine to the European Union.  Because of Margarita’s extensive experience research and writing about Russia, the EU, Belarus and Ukraine we delve into the latest issues. Including Lukesenko’s attempt to hang-onto power after the September 2020 disputed national elections. We get a background on how and why Lukashenko was able to stay in power. We discuss the overreach of Russia and its historical relations with Austria and Germany. Nonetheless, Margarita outlines the historical relationship between EU countries and Russia. Including highlighting the aggressive actions of Russia which under-appreciated the response by the EU.

For me, the quote that summarizes best our discussion and the key take-away is when Margarita states, “energy policies can never be imposed only from above. For the energy services, we depend on, in order to lead a good life, these are part of our expectations of the system in which we live”. This describes well both what happens when people feel secure in the political systems and how they feel when they don’t feel secure. Energy is an essential part of household and business budgets. Governments can make money or they can lose money in both providing energy services to its people and also, in this case, by selling fossil fuels. The energy system needs to be viewed both as a direct provider of benefits for households, but also an income generator for the state budget or other interests, which can either directly or indirectly benefit or harm citizens.

There is a tremendous amount of political-capital invested into energy and the relations that keep the system together and affordable. When energy becomes more expensive or the flows of money shift, the people can also shift their political allegiance The social compact may be broken which leads people to change their support for politicians. Thus, the idea of a social contract, which we discuss, plays an essential part in understanding the interplay of politics and energy.

And now for this episode with Professor Margarita Balmaceda on the shifting post-Soviet social energy pact. 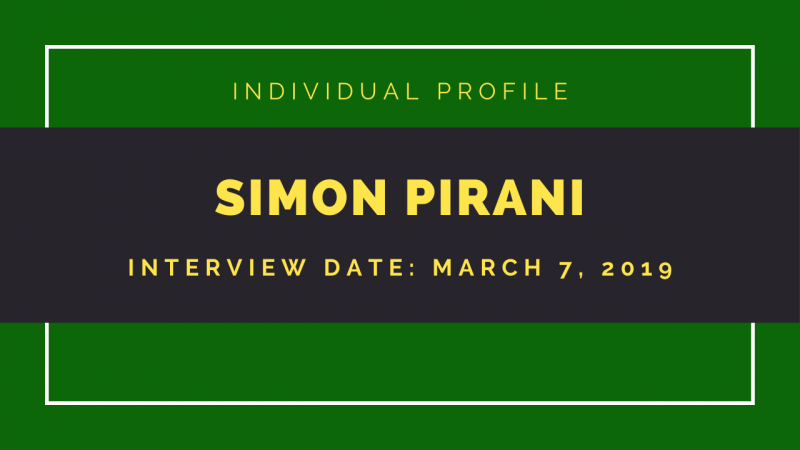 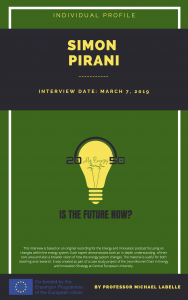 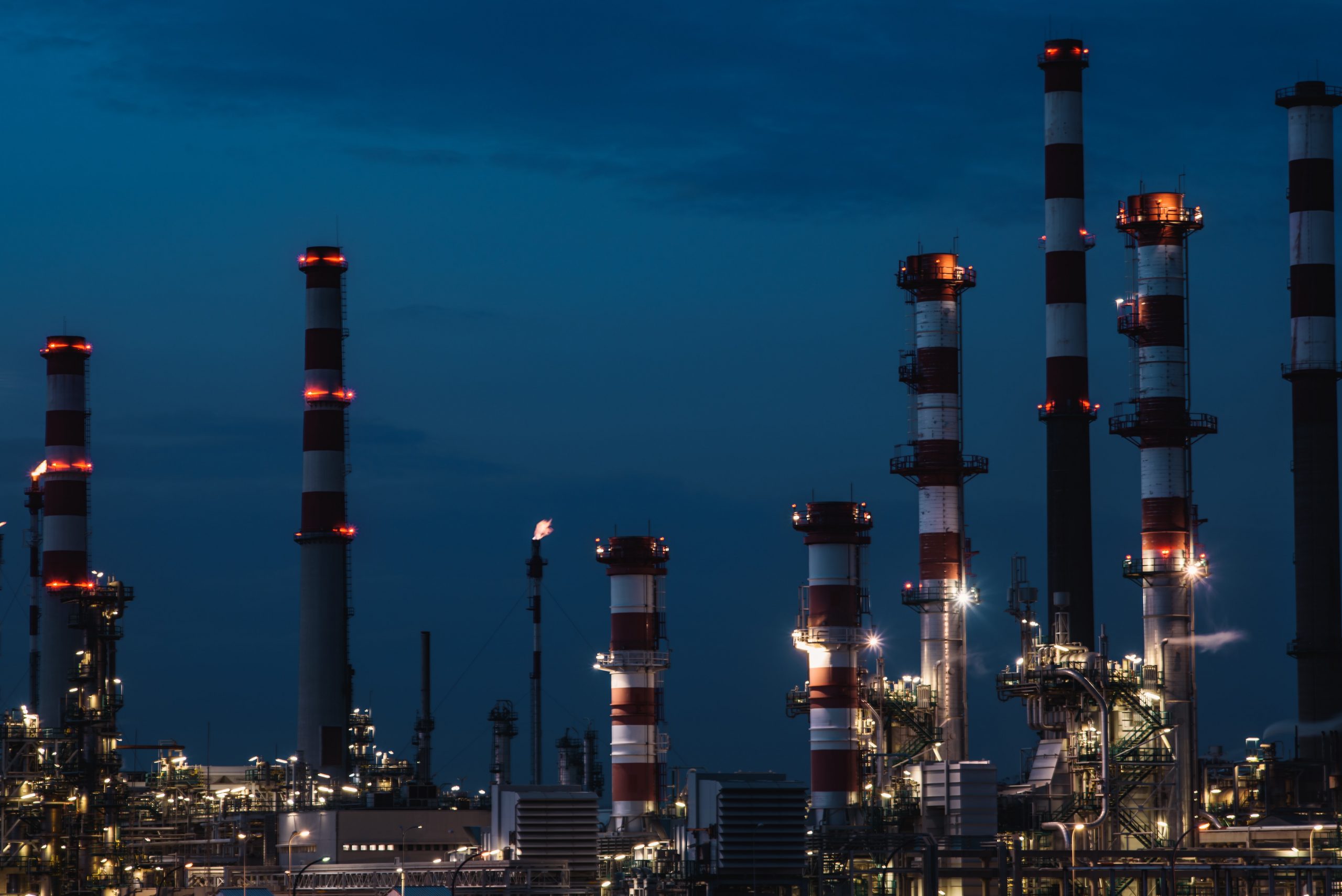 By Michael LaBelle — 1 year ago
Scroll to top