The Energy Challenge for the EU: A too fast policy transition? – Maria Kottari

Maria Kottari discusses why current institutions are unable to implement an energy transition and the role that the energy union and Green Deal play in getting European countries to a sustainable energy system by 2050. We also address how a younger generation provides a call for us to act in finding better ways to implement a grassroots effort at change. 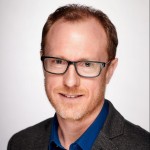